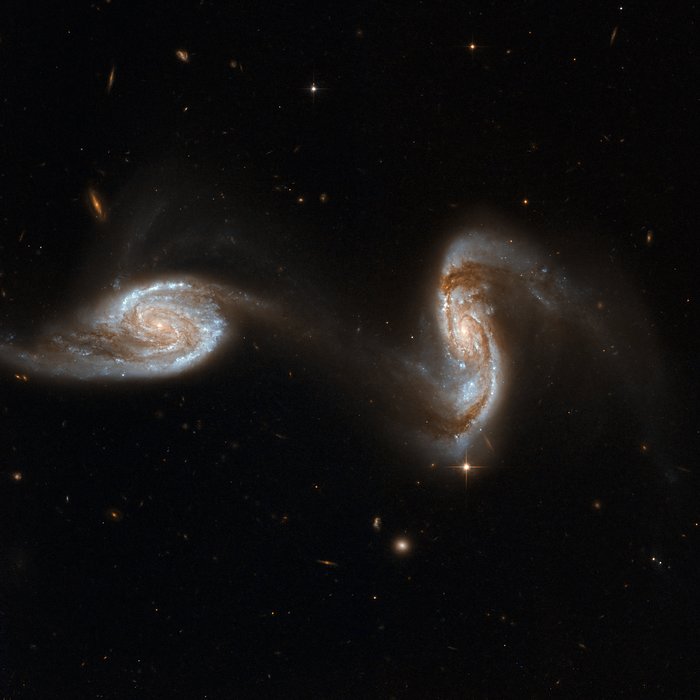 Arp 240 is an astonishing galaxy pair, composed of spiral galaxies of similar mass and size, NGC 5257 and NGC 5258. The galaxies are visibly interacting with each other via a bridge of dim stars connecting the two galaxies, almost like two dancers holding hands while performing a pirouette. Both galaxies harbour supermassive black holes in their centres and are actively forming new stars in their discs. Arp 240 is located in the constellation Virgo, approximately 300 million light-years away, and is the 240th galaxy in Arp's Atlas of Peculiar Galaxies.

With the exception of a few foreground stars from our own Milky Way all the objects in this image are galaxies.