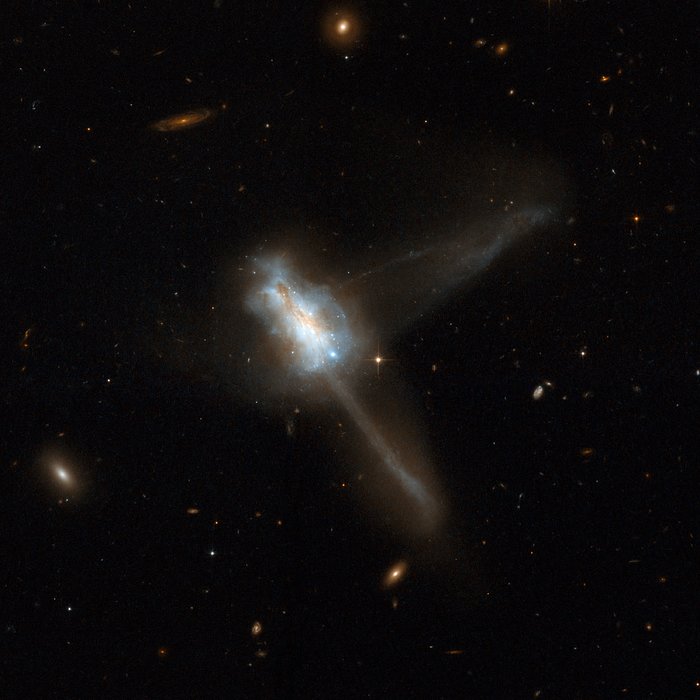 IC 883 displays a very disturbed, complex central region with two tidal tails of approximately the same length emerging at nearly right angles: one diagonally to the top right of the frame and the other to the bottom right. The twin tidal tails suggest that IC 883 is the remnant of the merger of two gas-rich disc galaxies. The collision appears to have triggered a burst of star formation, indicated by a number of bright star clusters in the central region. IC 883 is 300 million light-years away toward the constellation of Canes Venatici, the Hunting Dogs. It is Number 193 in Arp's Atlas of Peculiar Galaxies.