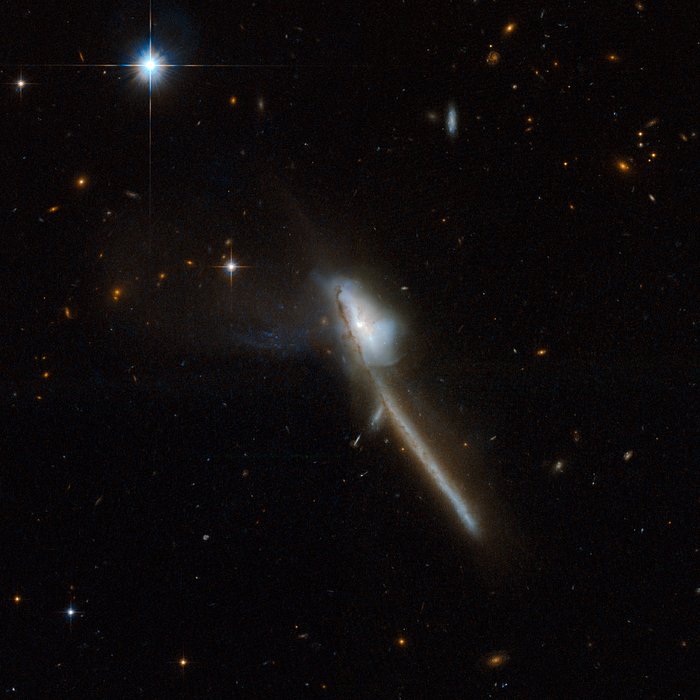 Markarian 273 is a galaxy with a bizarre structure that somewhat resembles a toothbrush. The Hubble image shows an intricate central region and a striking tail that extends diagonally towards the bottom-right of the image. The tail is about 130,000 light-years long and is strongly indicative of a merger between two galaxies. Markarian 273 has an intense region of starburst, where 60 solar masses of new stars are born each year. Near-infrared observations reveal a nucleus with two components. Markarian 273 is one of the most luminous galaxies when observed in the infrared, and is located 500 million light-years away from Earth.