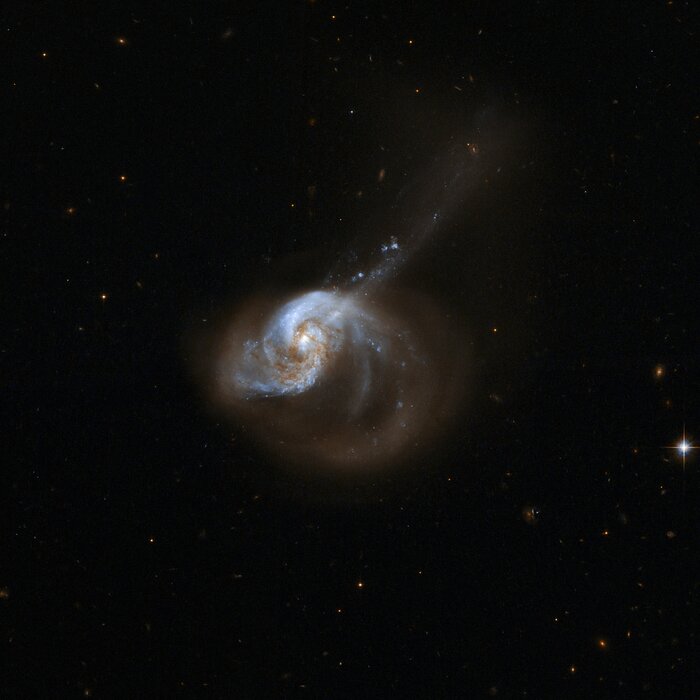 The galaxy system NGC 1614 has a bright optical centre and two clear inner spiral arms that are fairly symmetrical. It also has a spectacular outer structure that consists principally of a large one-sided curved extension of one of these arms to the lower right, and a long, almost straight tail that emerges from the nucleus and crosses the extended arm to the upper right. The galaxy appears to be the result of a tidal interaction and the resulting merger of two predecessor systems.

The system has a nuclear region of quasar-like luminosity, but shows no direct evidence for an active nucleus. It is heavily and unevenly reddened across its nucleus, while infrared imaging also shows a "ridge" of dust. The linear "tail" to the upper right and extended arms to the lower right are likely the remains of an interacting companion and the tidal plume(s) caused by the collision. NGC 1614 is located about 200 million light-years away from Earth in the constellation of Eridanus, the River.