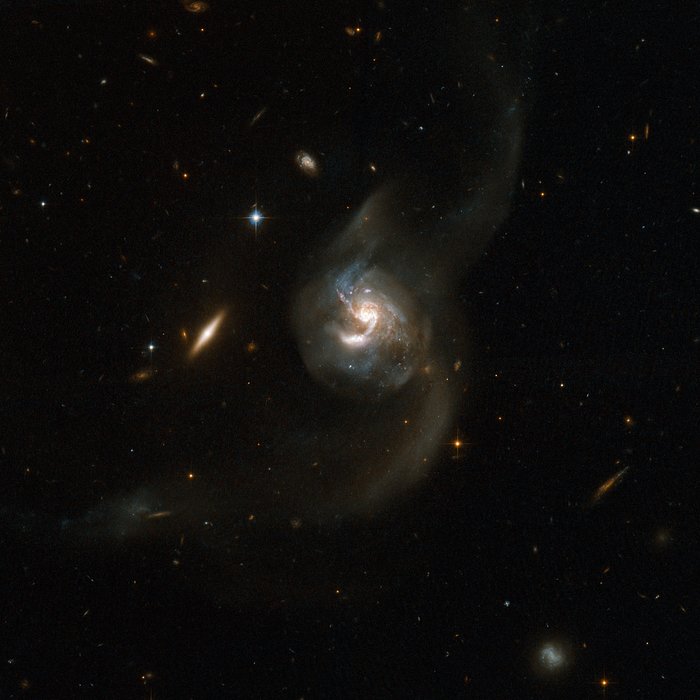 NGC 6090 is a beautiful pair of spiral galaxies with an overlapping central region and two long tidal tails formed from material ripped out of the galaxies by gravitational interaction. The two visible cores are approximately 10,000 light-years apart, suggesting that the two galaxies are at an intermediate stage in the merging process. The Hubble image reveals bright knots of newborn stars in the region where the two galaxies overlap. The upper component has a clear spiral structure viewed face-on while the component just below is seen edge-on with no spiral arms visible . NGC 6090 is located in the constellation of Draco, the Dragon, about 400 million light-years away from Earth. A number of fainter, and more distant, background galaxies is seen in the image. This system has much in common with the famous Antennae galaxies both in terms of how far the merger has progressed and in our viewing angle.