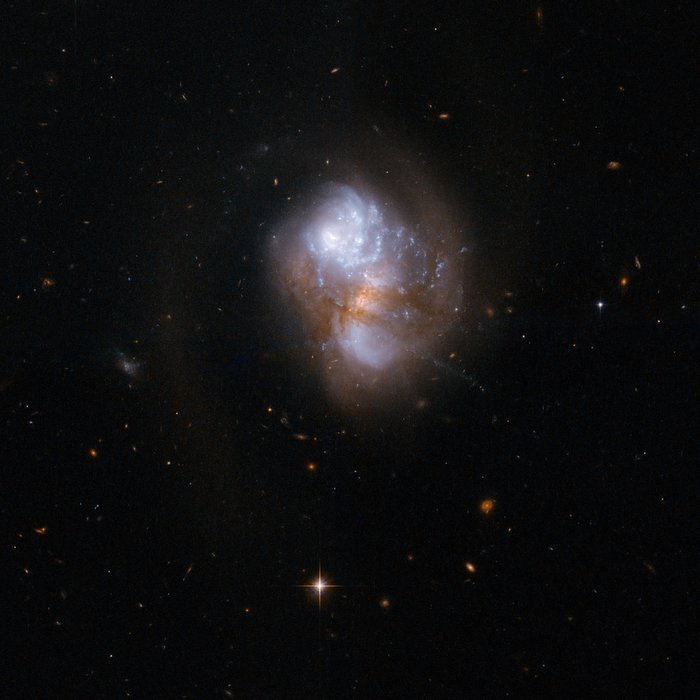 IC 1623 is an interacting galaxy system that is very bright when observed in the infrared. One of the two galaxies, the infrared-bright, but optically obscured galaxy VV 114E, has a substantial amount of warm and dense gas. Warm and dense gas is also found in the overlap region connecting the two nuclei.

Observations further support the notion that IC 1623 is approaching the final stage of its merger, when a violent central inflow of gas will trigger intense starburst activity that could boost the infrared luminosity above the ultraluminous threshold. The system will likely evolve into a compact starburst system similar to Arp 220.

IC 1623 is located about 300 million light-years away from Earth.