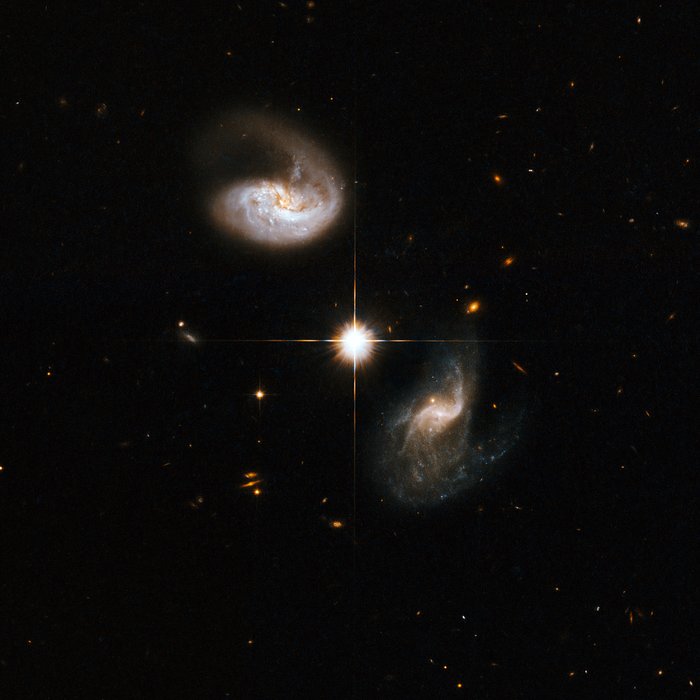 CGCG436-030, the eye-catching spiral galaxy in the image, shows a very pronounced curling tail. The companion galaxy, located to the bottom-right of the image, displays an intricate structure, including a number of trails that extend quite far out from its core. The bright star that appears between the two galaxies does not belong to the interacting system and is located within the Milky Way. IRAS 01173+1405 is located in the constellation of Pisces, the Fish, about 400 million light-years away.