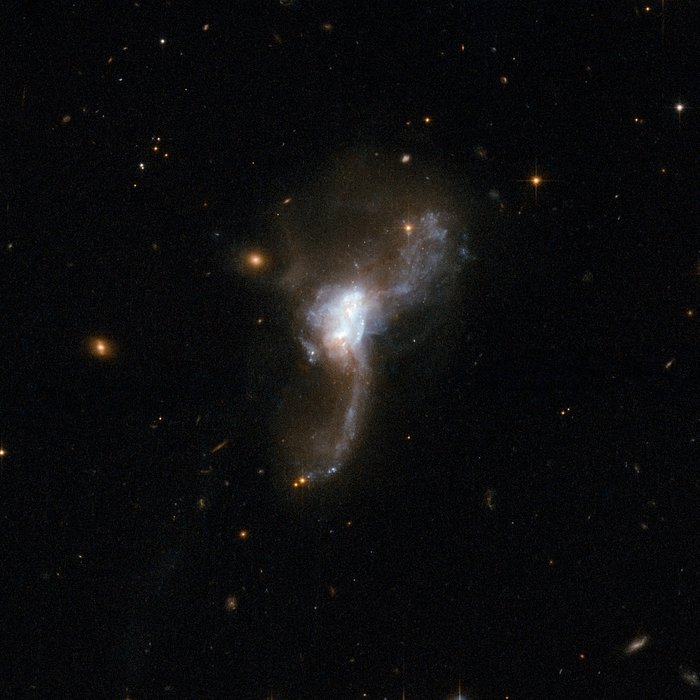 ESO 148-2 is a beautiful object that resembles an owl in flight. It consists of a pair of former disc galaxies undergoing a collision. The cores of the two individual galaxies - seen at the centre of the image - are embedded in hot dust and contain a large number of stars. Two huge "wings" sweep out from the centre and curve in opposite directions. These are tidal tails of stars and gas that have been pulled from the easily distorted discs of the galaxies. This "cosmic owl" is one of the most luminous infrared galaxies known and is located some 600 million light-years away from Earth.