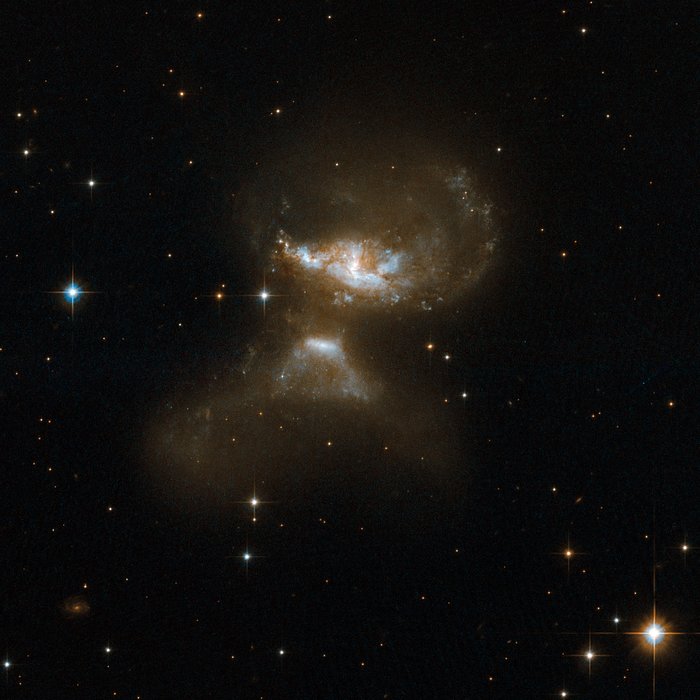 MCG+12-02-001 consists of a pair of galaxies visibly affected by gravitational interaction as material is flung out in opposite directions. A large galaxy can be seen at the top of the frame and a smaller galaxy resembling an erupting volcano is at the bottom. The bright core of this galaxy emerges from the summit of the "volcano". MCG+12-02-001 is a luminous infrared system that radiates with more than a hundred billion times the luminosity of our Sun. It is located some 200 million light-years away from Earth toward the constellation of Cassiopeia, the Seated Queen.