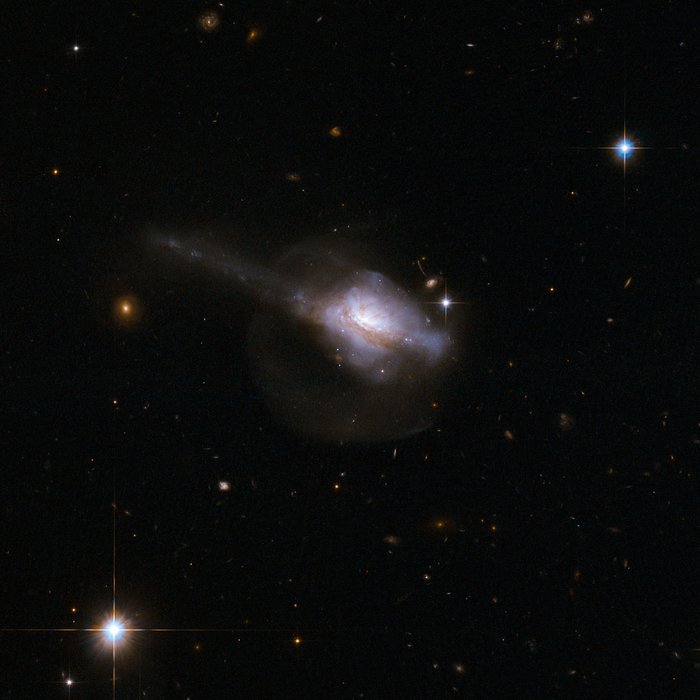 UGC 5101 is a peculiar galaxy with a single nucleus contained within an unstructured main body that suggests a recent interaction and merger. NGC 5101 is thought to contain an active galactic nucleus - an extremely bright, compact core - buried deep in the gas and dust. A pronounced tail extends diagonally to the top-left of the frame. A fainter halo of stars surrounds the galaxy and is visible in the image, due to Hubble's ability to collect and detect faint light. This halo is probably a result of the earlier collision. UCG 5101 is about 550 million light-years away from Earth.