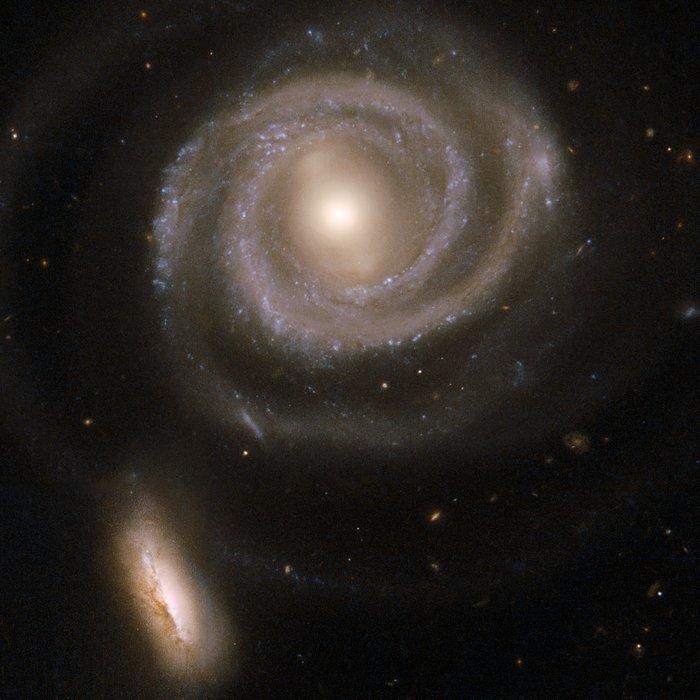 This beautiful pair of interacting galaxies consists of NGC 5754, the large spiral on the top and NGC 5752, the smaller companion in the bottom left corner of the image. NGC 5754's internal structure has hardly been disturbed by the interaction. The outer structure does exhibit tidal features, as does the symmetry of the inner spiral pattern and the kinked arms just beyond its inner ring. In contrast, NGC 5752 has undergone a starburst episode, with a rich population of massive and luminous star clusters clumping around the core and intertwined with intricate dust lanes. The contrasting reactions of the two galaxies to their interaction are due to their differing masses and sizes. NGC 5754 is located in the constellation Boötes, the Herdsman, some 200 million light-years away.