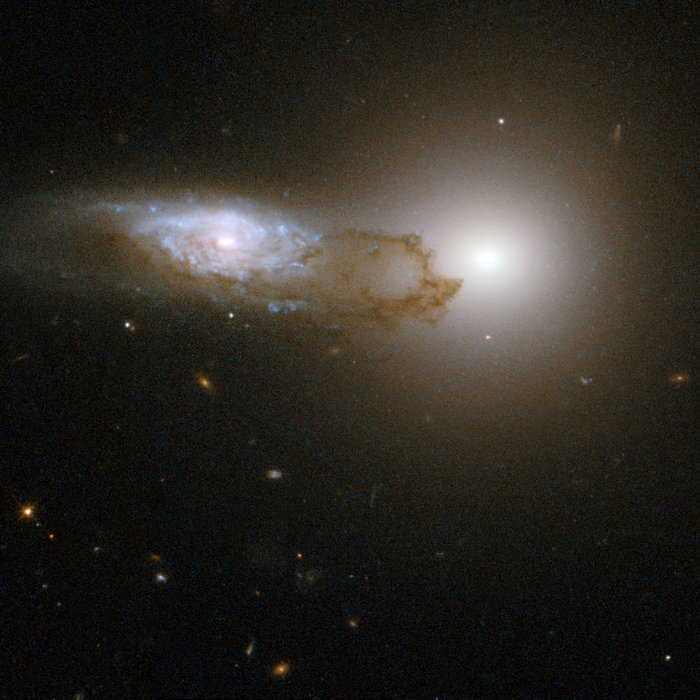 AM1316-241 is made up of two interacting galaxies - a spiral galaxy (on the left of the frame) in front of an elliptical galaxy (on the right of the frame). The starlight from the background galaxy is partially obscured by the bands and filaments of dust associated with the foreground spiral galaxy. The Hubble image unravels the fine detail in the patchy clumps of dust confined to the spiral arms of the spiral galaxy. This dust reddens the light from the background just as the intervening dust in the Earth's atmosphere reddens sunsets here. AM1316-241 is located some 400 million light years away toward the constellation of Hydra, the Water Snake.