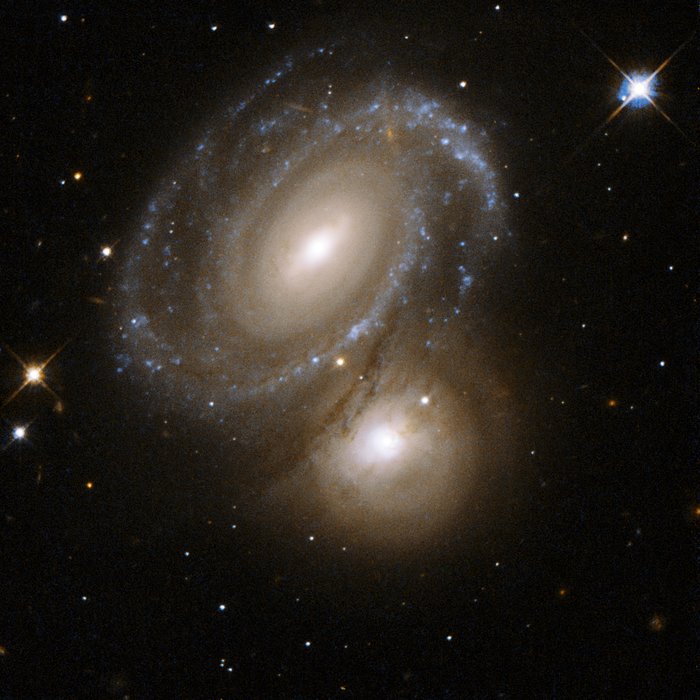 AM0500-620 consists of a highly symmetric spiral galaxy seen nearly face-on and partially backlit by a background galaxy. The foreground spiral galaxy has a number of dust lanes between its arms. The background galaxy was earlier classified as an elliptical galaxy, but Hubble has now revealed a galaxy with dusty spiral arms and bright knots of stars. AM0500-620 is 350 million light-years away from Earth in the constellation of Dorado, the Swordfish.