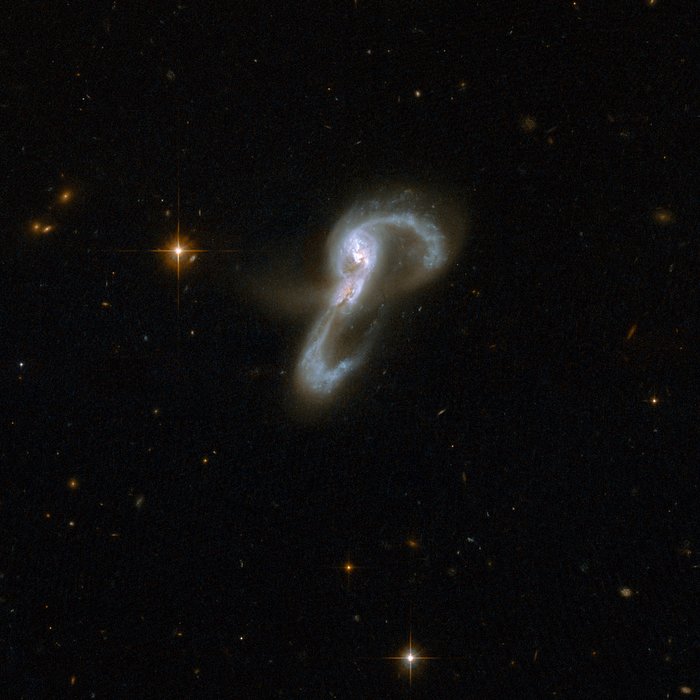 Markarian 848 consists of two galaxies that seem to be embracing each other. Two long, highly curved arms of gas and stars emerge from a central region with two cores. One arm, curving clockwise, stretches to the top of the image where it makes a U-turn and interlocks with the other arm that curves up counter-clockwise from below. The two cores are 16,000 light-years apart. The pair is thought to be midway through a merger. Markarian 848 is located in the constellation of Boötes, the Bear Watcher, and is approximately 550 million light-years away from Earth.