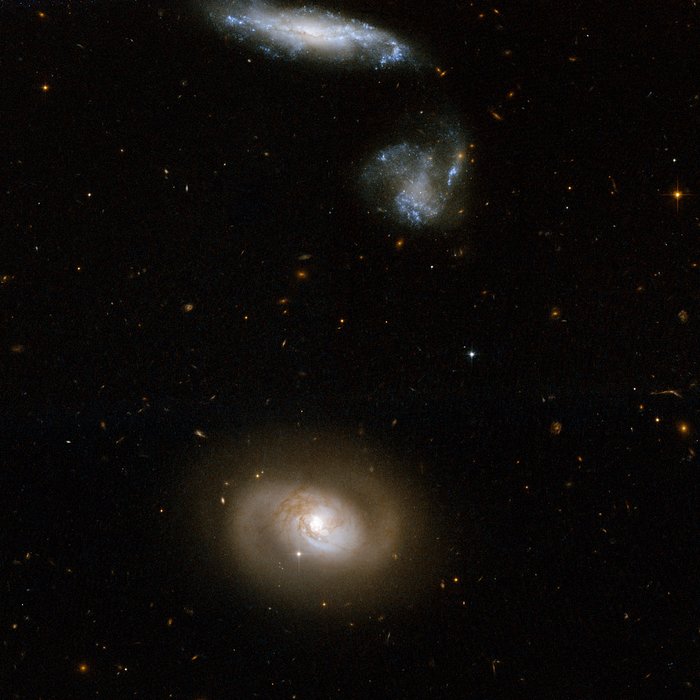 UGC 12812, also known as Markarian 331, is a spiral galaxy with no obvious tidal tails. It is located in the lower part of the Hubble image. Two neighbouring blue galaxies are seen at the top of the frame. The galaxy at the very top is embellished by a remarkable number of blue star knots. Observations point to the presence of a giant black hole anchored at the centre of the bright core of UGC 12812. The galaxy produces 80 solar masses of new stars on average every year. It is an open question whether Markarian 331 is actually a merging system or whether its infrared brightness stems from another process. UGC 12812 is located in the constellation of Pegasus, the Winged Horse, about 250 million light-years away from Earth.