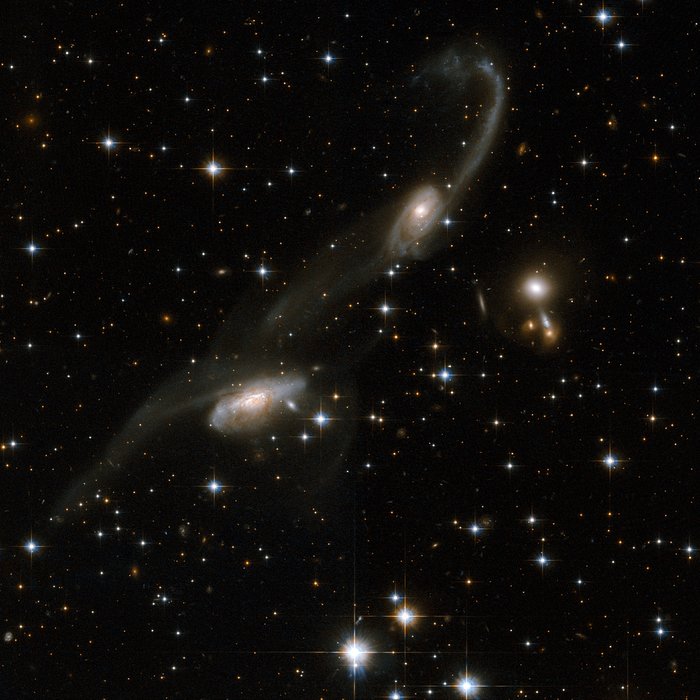 The galaxies of this beautiful interacting pair bear some resemblance to musical notes on a stave. Long tidal tails sweep out from the two galaxies: gas and stars were stripped out and torn away from the outer regions of the galaxies. The presence of these tails is the unique signature of an interaction. ESO 69-6 is located in the constellation of Triangulum Australe, the Southern Triangle, about 650 million light-years away from Earth.