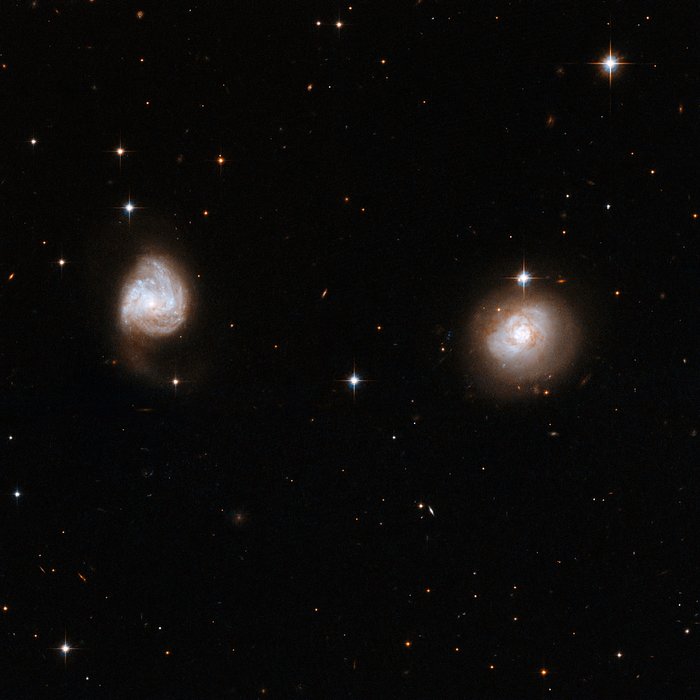 AM0702 consists of a couple of detached galaxies, far apart and probably only just beginning to interact. The first signs of the interaction are visible in the galaxy on the left, where the outer structure of the spiral arms is starting to expand, extending a tidal tail of matter out into space.