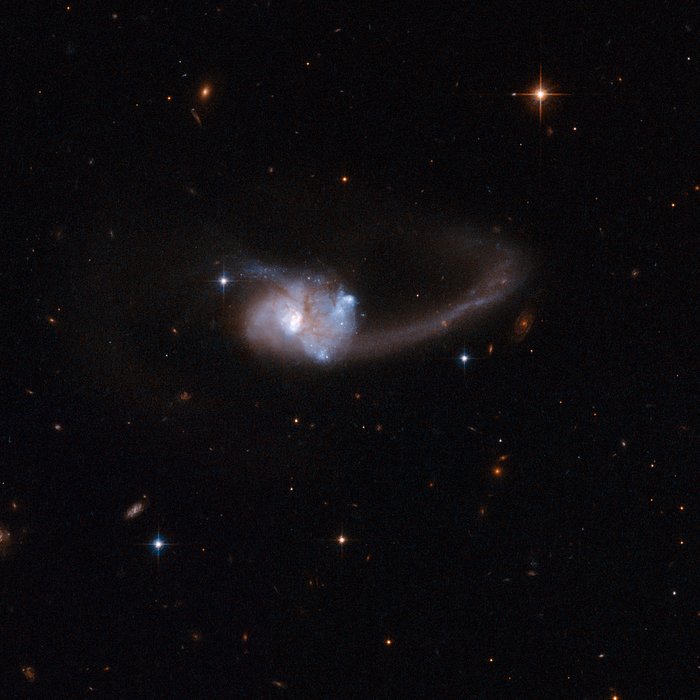 ESO 286-19 is a peculiar galaxy that consists of what were originally two disc galaxies that are now in the midst of an ongoing collision. It has undergone a burst of star formation that ended about eight million years ago. ESO 286-19 has a long tail to the right of the main body, and a shorter tail curving to the left. The presence of the tails is a unique signature of the merger process: gas and stars were stripped out by rippling gravitational pulls as the galaxies collided and the outer regions of the parent galaxies were torn off. These tidal tails can persist long after the galaxies have finally merged. ESO 286-19 is located 600 million light-years away from Earth and is an exceptionally luminous source of infrared radiation.