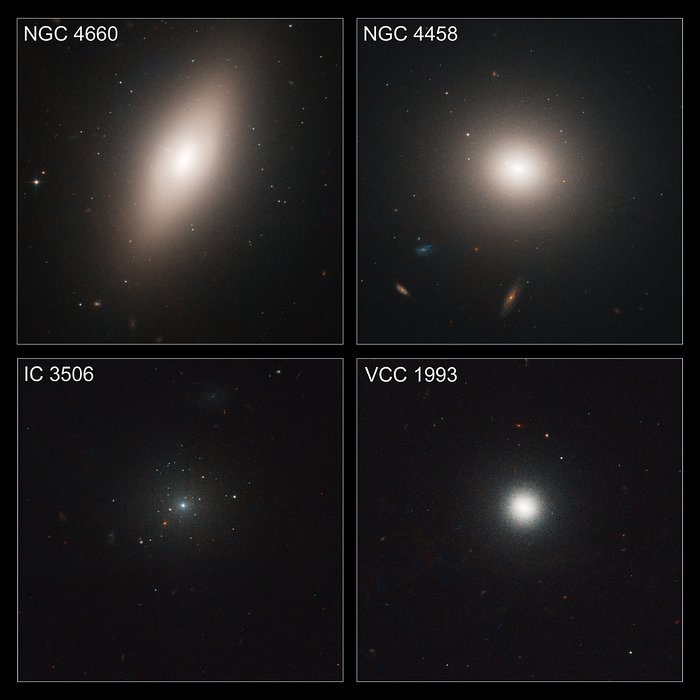 These images taken by the NASA/ESA Hubble Space Telescope show four members of the Virgo cluster of galaxies, the nearest large galaxy cluster to Earth.

They are part of a survey of globular star clusters in 100 of Virgo's galaxies. Globular clusters, dense bunches of hundreds of thousands of stars, have some of the oldest surviving stars in the universe. Most of the star clusters in the Virgo survey are older than 5 billion years.

The Hubble study found evidence that these hardy pioneers are more likely to form in dense areas, where star birth occurs at a rapid rate, instead of uniformly from galaxy to galaxy.

Hubble's "eye" is so sharp that it was able to pick out the fuzzy globular clusters, which, at that distance, look like individual stars bunched up around the galaxies, instead of groupings of stars.

Comprised of over 2,000 galaxies, the Virgo cluster is located about 54 million light-years away.

Astronomers made these composite images from the advanced camera's full field-of-view observations. They also used modeling data to fill in a narrow gap between the camera's detectors.