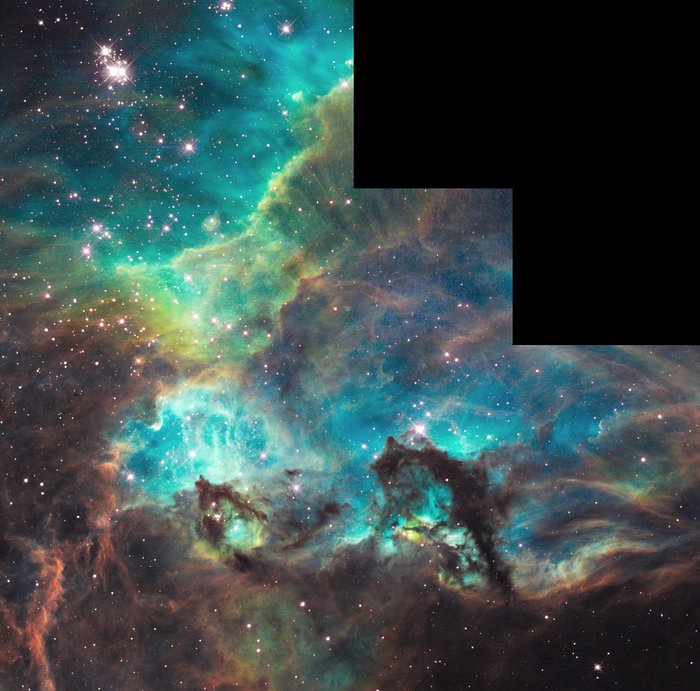 In commemoration of the NASA/ESA Hubble Space Telescope completing its 100 000th orbit around the Earth in its 18th year of exploration and discovery, scientists have aimed Hubble to take a snapshot of a dazzling region of celestial birth and renewal. Hubble peered into a small portion of the nebula near the star cluster NGC 2074 (upper, left). The region is a firestorm of raw stellar creation, perhaps triggered by a nearby supernova explosion. It lies about 170 000 light-years away near the Tarantula nebula, one of the most active star-forming regions in our Local Group of galaxies. This representative colour image was taken on 10 August, 2008, with Hubble's Wide Field Planetary Camera 2. Red shows emission from sulphur atoms, green from glowing hydrogen, and blue from glowing oxygen.