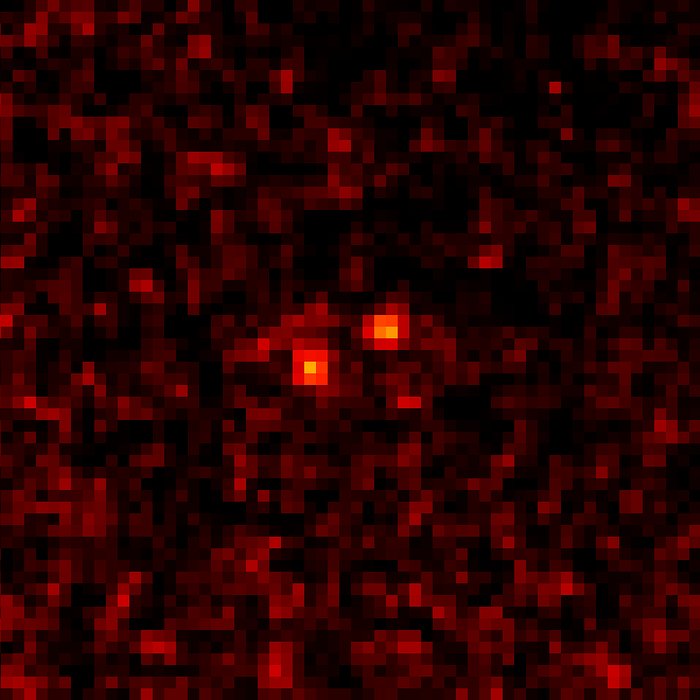 The two objects visible in the image are the planet Fomalhaut b, captured 21 months apart, using Hubble's Advanced Camera for Surveys. Being able to see that the planet has moved is a strong sign that it is in fact in orbit around the star Fomalhaut. Astronomers calculate that it takes Fomalhaut b 872 years to orbit its parent star, and that it is at most three times the mass of Jupiter