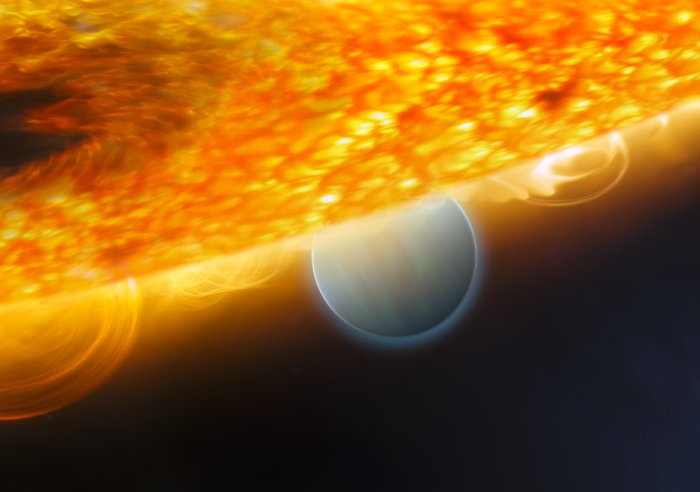 This is an artist's impression of the Jupiter-size extrasolar planet, HD 189733b, being eclipsed by its parent star. Astronomers using the Hubble Space Telescope have measured carbon dioxide and carbon monoxide in the planet's atmosphere. The planet is a "hot Jupiter," which is so close to its parent star that it completes an orbit in only 2.2 days.

This type of observation is best done when the planet's orbit carries it behind the star (as seen from Earth), which allows an opportunity to subtract the light of the star alone (when the planet is blocked) from that of the star and planet together prior to eclipse. This allows astronomers to isolate the infrared emission of the planet and make spectroscopic observations that chemically analyse the day side atmosphere.

The planet is too hot for life, as we know it. But under the right conditions, on a more Earth-like world, carbon dioxide can indicate the presence of extraterrestrial life. This observation demonstrates that chemical biotracers can be detected by space telescope observations.