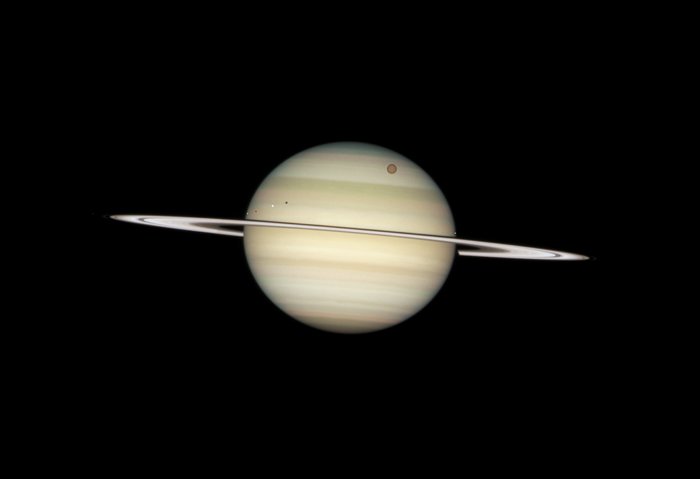 On 24 February 2009, the NASA/ESA Hubble Space Telescope captured a photo sequence of four moons of Saturn passing in front of their parent planet. The moons, from far left to right, are the white icy moons Enceladus and Dione, the large orange moon Titan, and icy Mimas. Due to the angle of the Sun, they are each preceded by their own shadow.