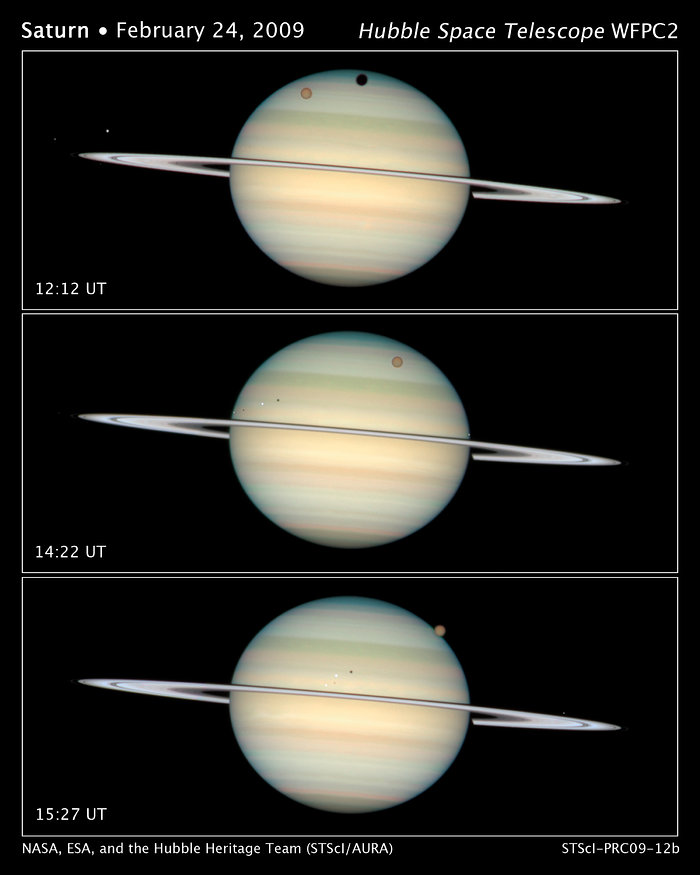 This sequence of images captures the parade of several of Saturn's moons transiting the face of the gas giant planet. This is a rare event because the rings are tilted edge on to Earth every 15 years. The top frame captures the giant moon Titan and its shadow near Saturn's northern polar hood. Dione, the brightest of the icy moons in this view — which are closer in to Saturn — can easily be traced crossing the disc from far left to image centre. In the centre frame, the smaller moon Enceladus can be seen near the western limb of Saturn. This picture sequence was taken with Hubble's Wide Field Planetary Camera 2 on February 24, 2009, when Saturn was at a distance of roughly 1.25 billion kilometers from Earth. Hubble can see details as small as 300 km across on Saturn.