Mass distribution in the COSMOS field 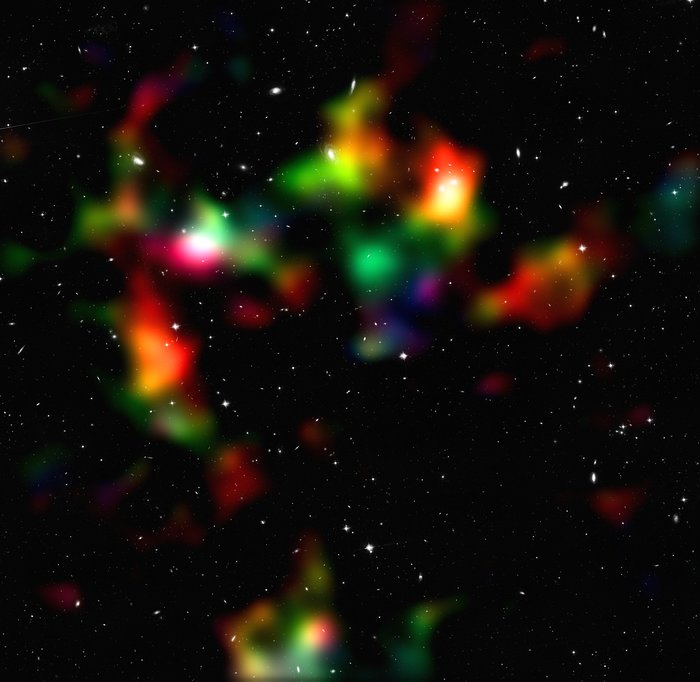 This image shows a smoothed reconstruction of the total (mostly dark) matter distribution in the COSMOS field, created from data taken by the NASA/ESA Hubble Space Telescope and ground-based telescopes. It was inferred from the weak gravitational lensing distortions that are imprinted onto the shapes of background galaxies. The colour coding indicates the distance of the foreground mass concentrations as gathered from the weak lensing effect. Structures shown in white, cyan, and green are typically closer to us than those indicated in orange and red. To improve the resolution of the map, data from galaxies both with and without redshift information were used.

The new study presents the most comprehensive analysis of data from the COSMOS survey. The researchers have, for the first time ever, used Hubble and the natural "weak lenses" in space to characterise the accelerated expansion of the Universe.