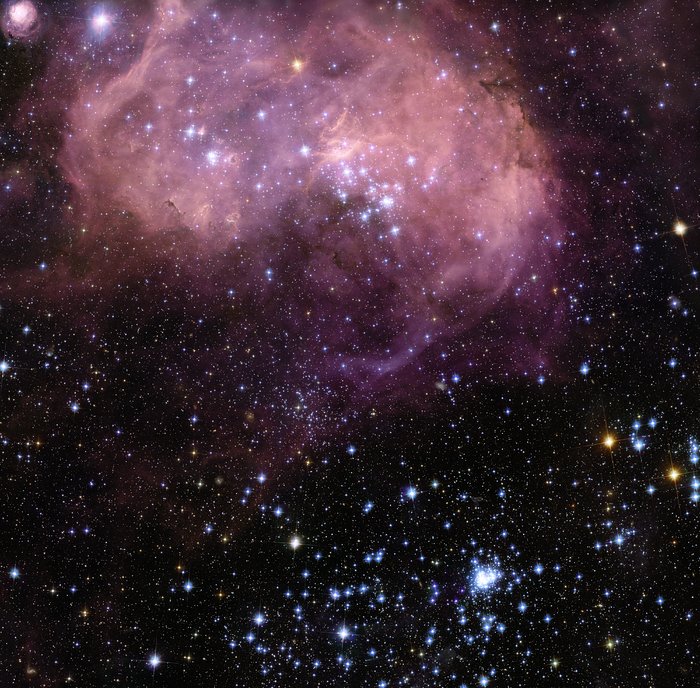 This broad vista of young stars and gas clouds in our neighbouring galaxy, the Large Magellanic Cloud, was captured by the NASA/ESA Hubble Space Telescope’s Advanced Camera for Surveys (ACS). This region is named LHA 120-N 11, informally known as N11, and is one of the most active star formation regions in the nearby Universe. This picture is a mosaic of ACS data from five different positions and covers a region about six arcminutes across.