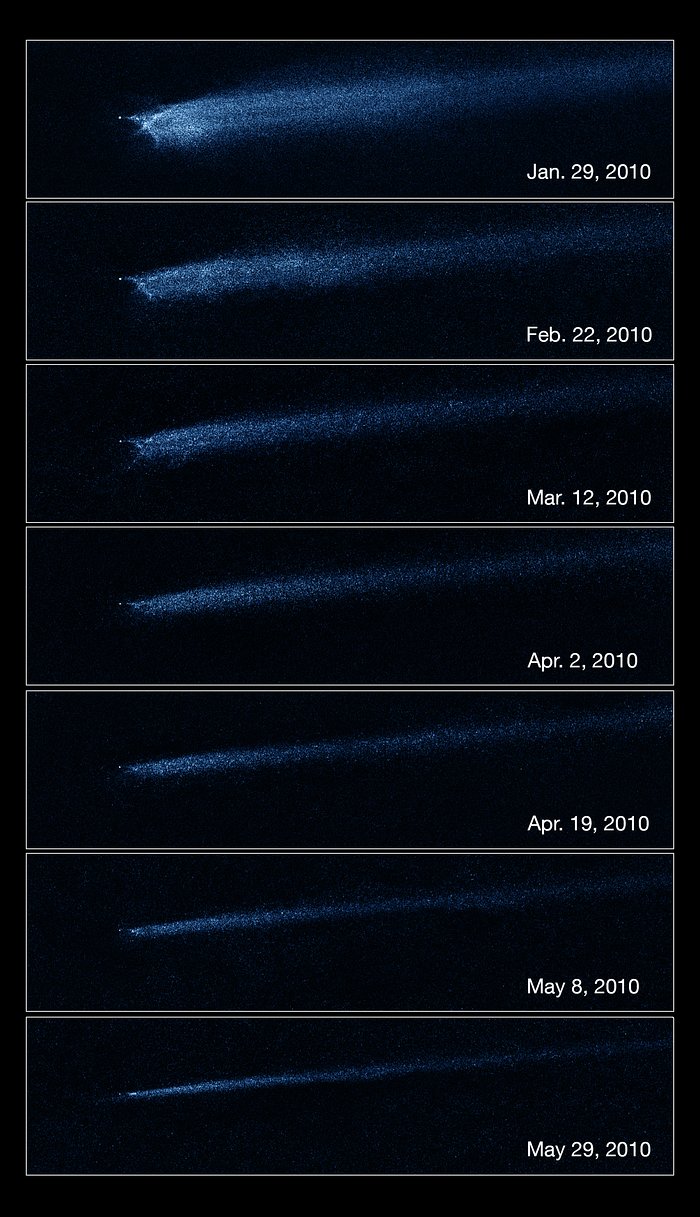 This series of images taken by Hubble’s Wide Field Camera 3 clearly shows the slow evolution of the debris coming from asteroid P/2010 A2, which is thought to be due to a collision with a smaller asteroid.

When astronomers first spotted the unusual X shape, they assumed that they were observing the immediate aftermath of an impact. However, the slower than anticipated rate of change in the appearance of the debris suggests that the collision in fact took place about a year earlier than the first observations.

These seven exposures were taken between January and May 2010 while the asteroid was rapidly receding from Earth. As the asteroid gets further away from us, we are able to see more of its comet-like tail in each subsequent frame. In the top picture, the portion of the tail we see is around 50 000 kilometres long. In the bottom picture, we see around 85 000 kilometres.

For all images, the field of view remains about 75 arcseconds across. The images were taken in visible light (filter F606W) and artificially coloured blue.