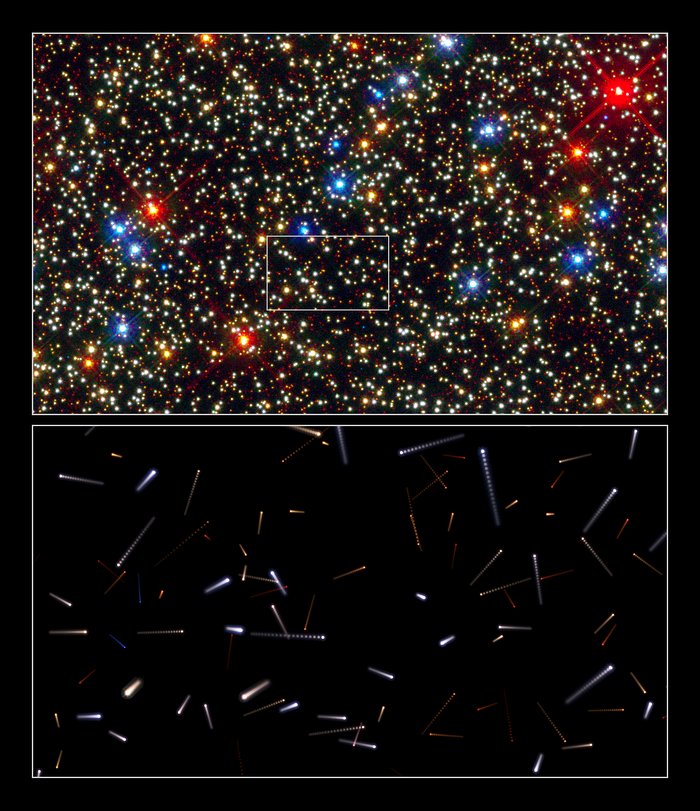 The multi-colour snapshot (top), taken with the Wide Field Camera 3 aboard the NASA/ESA Hubble Space Telescope, captures the central region of the giant globular cluster Omega Centauri. All the stars in the image are moving in random directions, like a swarm of bees. Astronomers used Hubble’s exquisite resolving power to measure positions for stars in 2002 and 2006.

From these measurements, they can predict the stars’ future movement. The lower illustration charts the future positions of the stars highlighted by the white box in the top image. Each streak represents the motion of the stars over the next 600 years. The motion between the dots corresponds to 30 years.