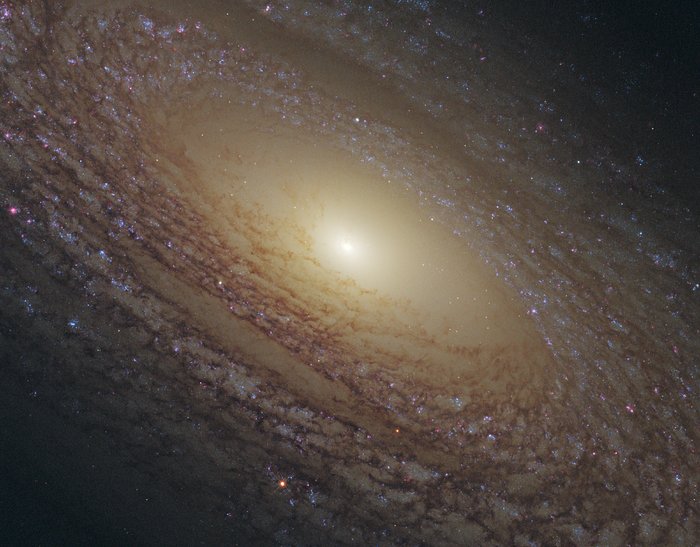 Star formation is one of the most important processes in shaping the Universe; it plays a pivotal role in the evolution of galaxies and it is also in the earliest stages of star formation that planetary systems first appear.

Yet there is still much that astronomers don’t understand, such as how do the properties of stellar nurseries vary according to the composition and density of gas present, and what triggers star formation in the first place? The driving force behind star formation is particularly unclear for a type of galaxy called a flocculent spiral, such as NGC 2841 shown here, which features short spiral arms rather than prominent and well-defined galactic limbs.