A rose made of galaxies 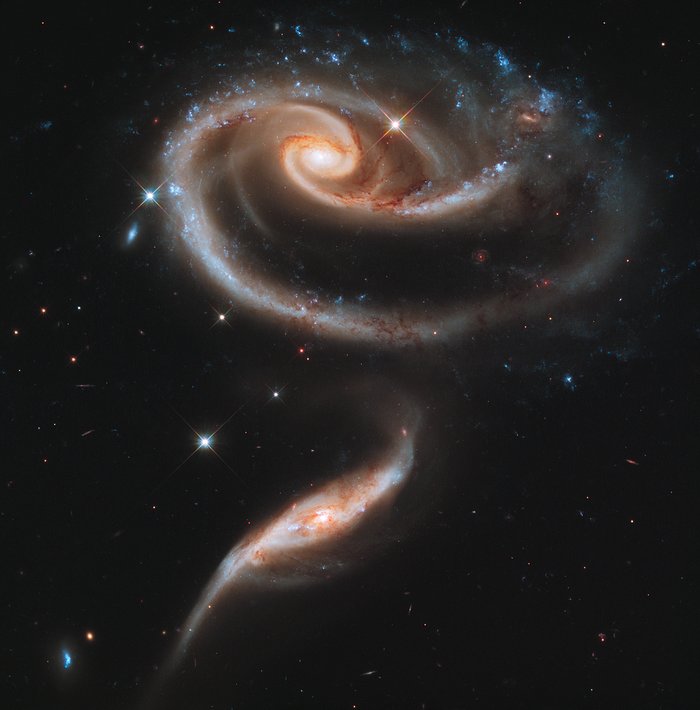 This image of a pair of interacting galaxies called Arp 273 was released to celebrate the 21st anniversary of the launch of the NASA/ESA Hubble Space Telescope.