Spectacular Hubble view of Centaurus A 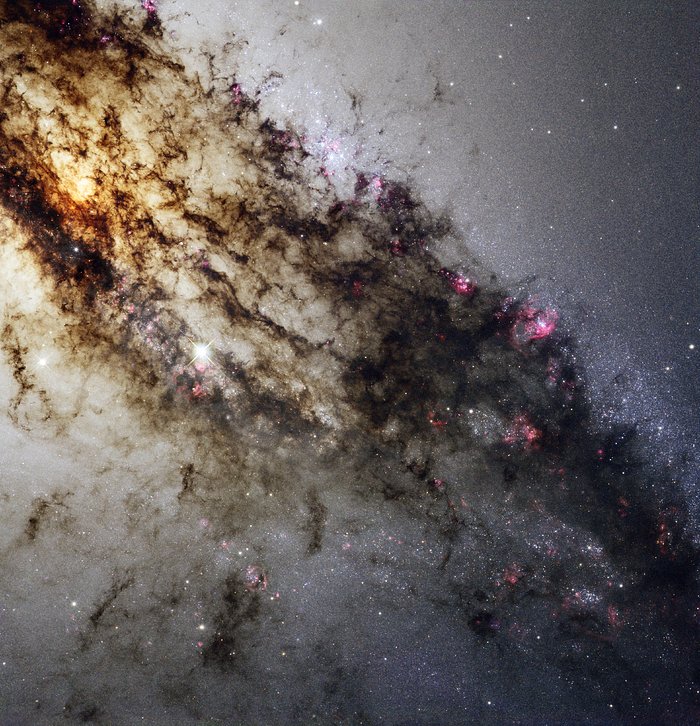 Centaurus A, also known as NGC 5128, is well known for its dramatic dusty lanes of dark material. Hubble’s new observations, using its most advanced instrument, the Wide Field Camera 3, are the most detailed ever made of this galaxy. They have been combined here in a multi-wavelength image which reveals never-before-seen detail in the dusty portion of the galaxy.

As well as features in the visible spectrum, this composite shows ultraviolet light, which comes from young stars, and near-infrared light, which lets us glimpse some of the detail otherwise obscured by the dust.