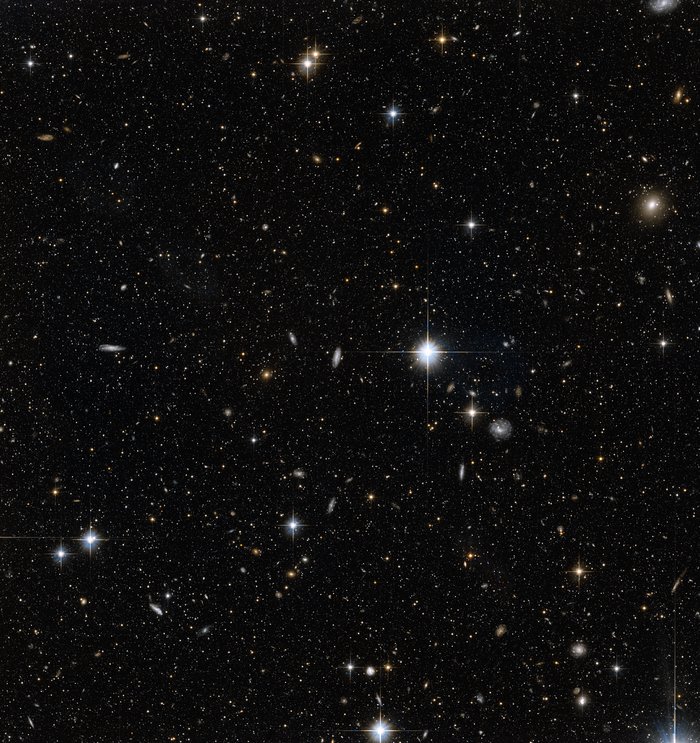 This image shows NASA/ESA Hubble Space Telescope images of a small part of the giant stellar stream of the Andromeda Galaxy. The stream is a long structure thought to be the remains of a companion galaxy torn apart by the Andromeda Galaxy’s gravity and engulfed in it.

Hubble’s position above the distorting effect of the atmosphere, combined with the galaxy’s relative proximity, means that this image can be resolved into individual stars, rather than the cloudy white wisps usually seen in observations of galaxies.