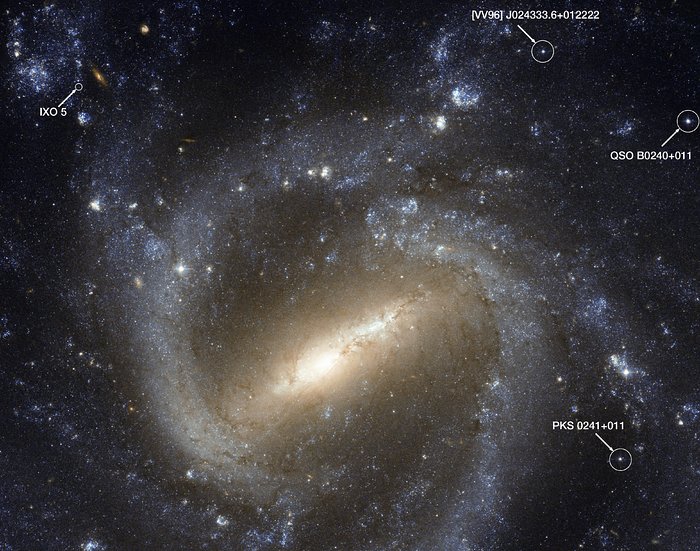 They are quasars, incredibly bright sources of light caused by matter heating up and falling into supermassive black holes in galaxies literally billions of light-years from us. From our distant perspective, they look like faint stars, but they are in fact some of the brightest objects in the Universe.

Another object in this field which has been studied by astronomers is a source of X-rays catalogued as IXO 5. X-ray sources are a tell-tale sign of high-energy phenomena. In this case, it is likely to be a binary system featuring a star and a black hole. As X-ray telescopes have less resolution than Hubble does, pinpointing the specific star in Hubble’s image that corresponds to the X-ray emissions is tough. In this case, it could be either one of two faint stars at the centre of the circle.