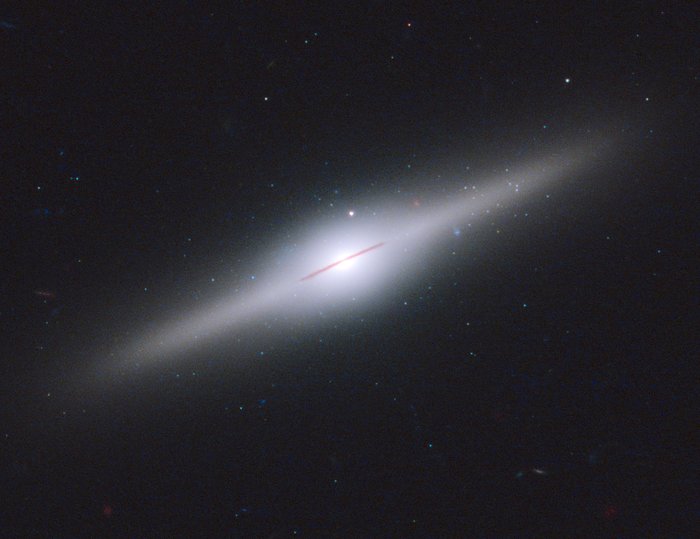 This spectacular edge-on galaxy, called ESO 243-49, is home to an intermediate-mass black hole that may have been purloined from a cannibalised dwarf galaxy. The black hole, with an estimated mass of 50 million Suns, lies above the galactic plane. This is an unlikely place for such a massive back hole to exist, unless it belonged to a small galaxy that was gravitationally torn apart by ESO 243-49.