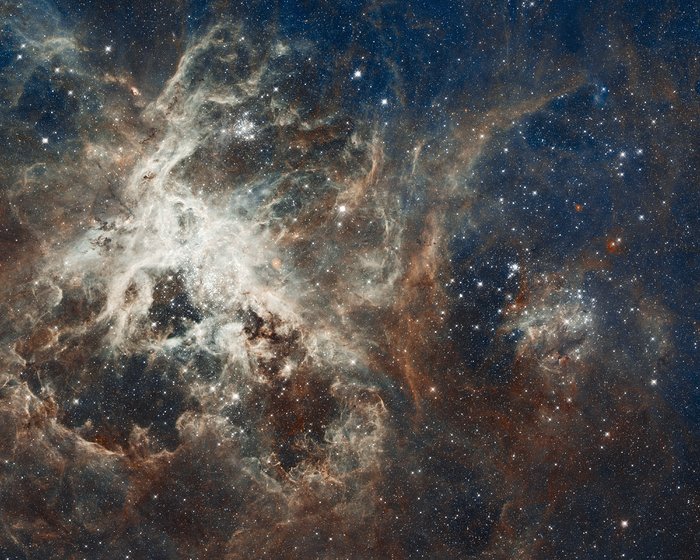 The image comprises one of the largest mosaics ever assembled from Hubble photos and includes observations taken by Hubble’s Wide Field Camera 3 and Advanced Camera for Surveys, combined with observations from the European Southern Observatory’s MPG/ESO 2.2-metre telescope which trace the location of glowing hydrogen and oxygen.

The image is being released to celebrate Hubble's 22nd anniversary.