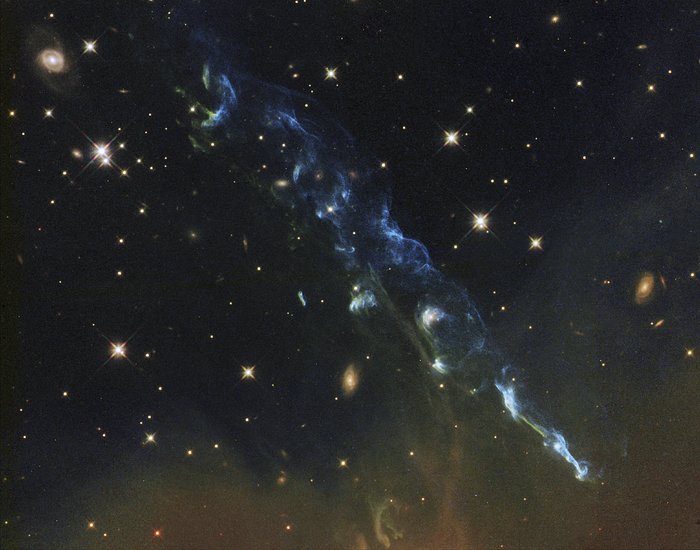 The NASA/ESA Hubble Space Telescope has captured a new image of Herbig-Haro 110, a geyser of hot gas flowing from a newborn star. HH 110 appears different from most other Herbig-Haro objects: in particular, it appears on its own while they usually come in pairs. Astronomers think it may be a continuation of another object called HH 270, after it has been deflected off a dense cloud of gas.