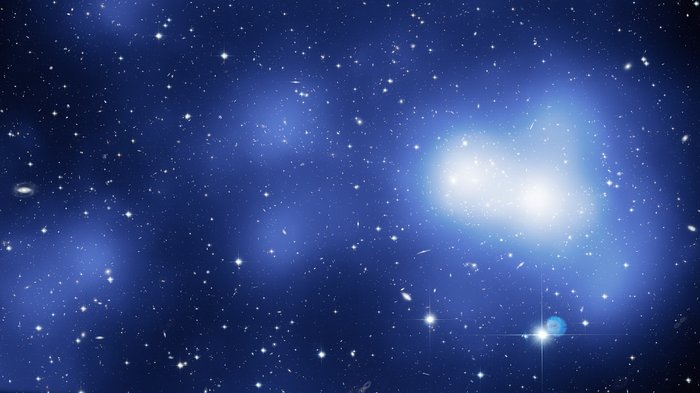 Studying the distorting effects of gravity on light from background galaxies, a team of astronomers has uncovered the presence of a filament of dark matter extending from the core of the cluster.

The location of the dark matter is revealed in a map of the mass in the cluster and surrounding region, shown here in blue. The filament visibly extends out and to the left of the cluster core.

Using additional observations from ground-based telescopes, the team was able to map the filament’s structure in three dimensions, the first time this has ever been done. The filament was discovered to extend back from the cluster core, meaning we are looking along it.