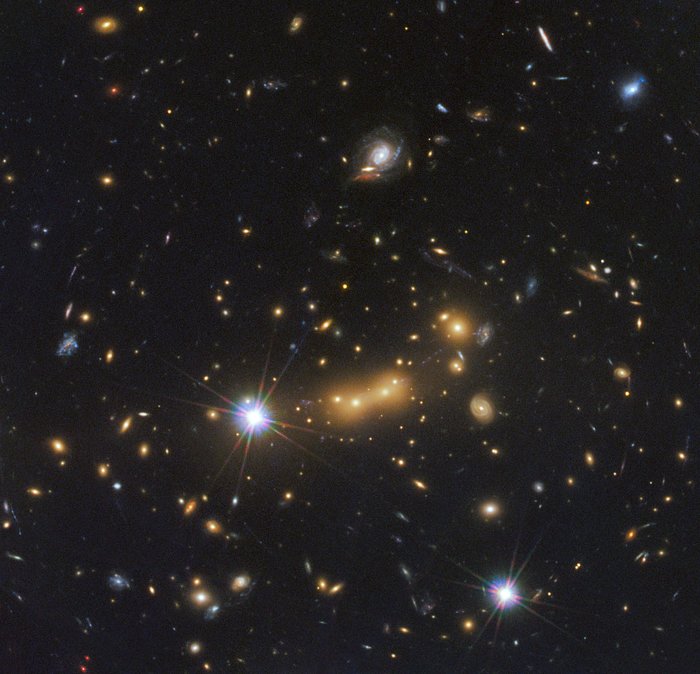 This view from the Hubble Space Telescope shows the massive galaxy cluster MACS J0647.7+7015. Astronomers used the powerful gravity from the cluster to magnify the light from a distant galaxy, using an effect called gravitational lensing.

The bright yellow galaxies near the center of the image are cluster members; due to the gravitational lensing technique, astronomers observed three magnified images of a far more distant galaxy called MACS0647-JD with the Hubble telescope. These are visible as small red dots in this image.

This is the latest discovery from a large program, called the Cluster Lensing And Supernova survey with Hubble (CLASH), that uses natural zoom lenses to reveal distant galaxies in the early Universe.