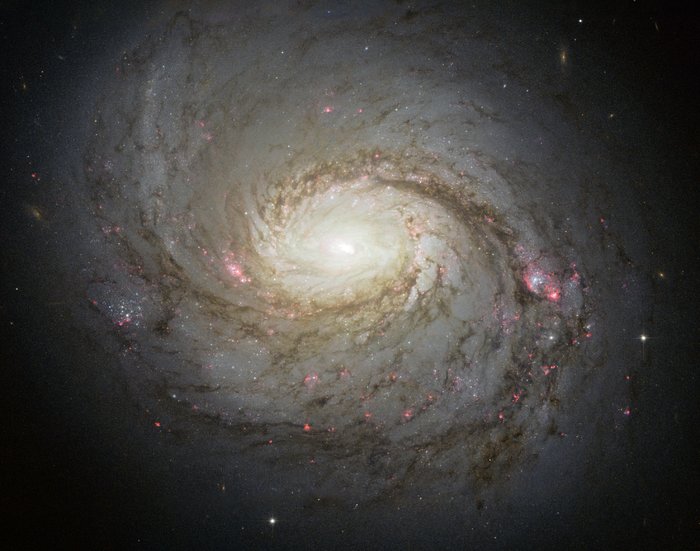 The NASA/ESA Hubble Space Telescope has captured this vivid image of spiral galaxy Messier 77 — a galaxy in the constellation of Cetus, some 45 million light-years away from us. The streaks of red and blue in the image highlight pockets of star formation along the pinwheeling arms, with dark dust lanes stretching across the galaxy’s starry centre. The galaxy belongs to a class of galaxies known as Seyfert galaxies, which have highly ionised gas surrounding an intensely active centre.