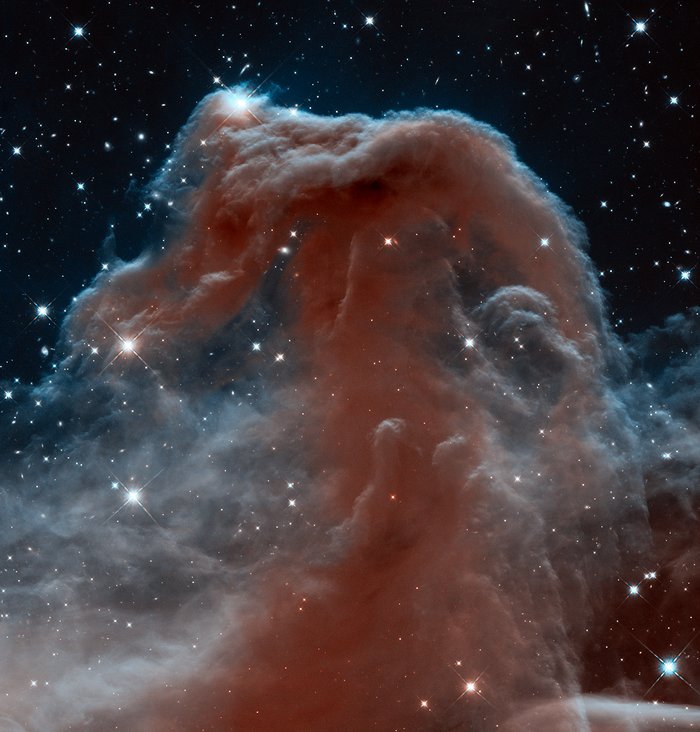 This new Hubble image, captured and released to celebrate the telescope’s 23rd year in orbit, shows part of the sky in the constellation of Orion (The Hunter). Rising like a giant seahorse from turbulent waves of dust and gas is the Horsehead Nebula, otherwise known as Barnard 33.

This image shows the region in infrared light, which has longer wavelengths than visible light and can pierce through the dusty material that usually obscures the nebula’s inner regions. The result is a rather ethereal and fragile-looking structure, made of delicate folds of gas — very different to the nebula’s appearance in visible light.