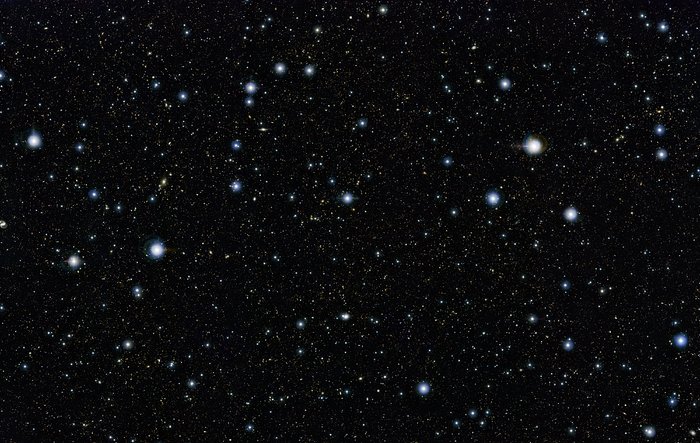 This view shows part of the COSMOS field in the constellation of Sextans (The Sextant), as viewed by the UltraVISTA survey in infrared light. This region of sky has been extensively studied by many telescopes, including Hubble. Hubble viewed this field in near-infrared light – at full resolution, the Hubble image of the entire field would measure some 100,800 x 100,800 pixels.

Hubble's image was taken using a single filter, meaning that it appears in black and white (Hubble's F814W, or I-band, filter). This image was created by combining more than 6000 individual images from the VISTA survey telescope at ESO's Paranal Observatory in Chile.