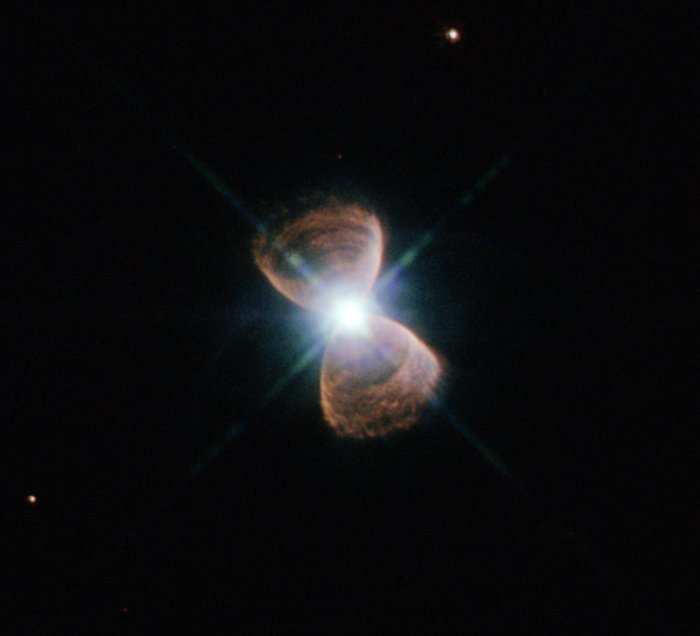 This image shows an example of a bipolar planetary nebula known as PN Hb 12 — popularly known as Hubble 12 — in the constellation of Cassiopeia. The striking shape of this nebula, reminiscent of a butterfly or an hourglass, was formed as a Sun-like star approached the end of its life and puffed its outer layers into the surrounding space. For bipolar nebulae, this material is funnelled towards the poles of the ageing star, creating the distinctive double-lobed structure.

Observations using the NASA/ESA Hubble Space Telescope and the NTT have found that bipolar planetary nebulae located towards the central bulge of our Milky Way appear to be strangely aligned in the sky — a surprising result given their varied and chaotic formation.

PN Hb 12 was not part of the new study. A version of this image was entered into the Hubble's Hidden Treasures image processing competition by contestant Josh Barrington.