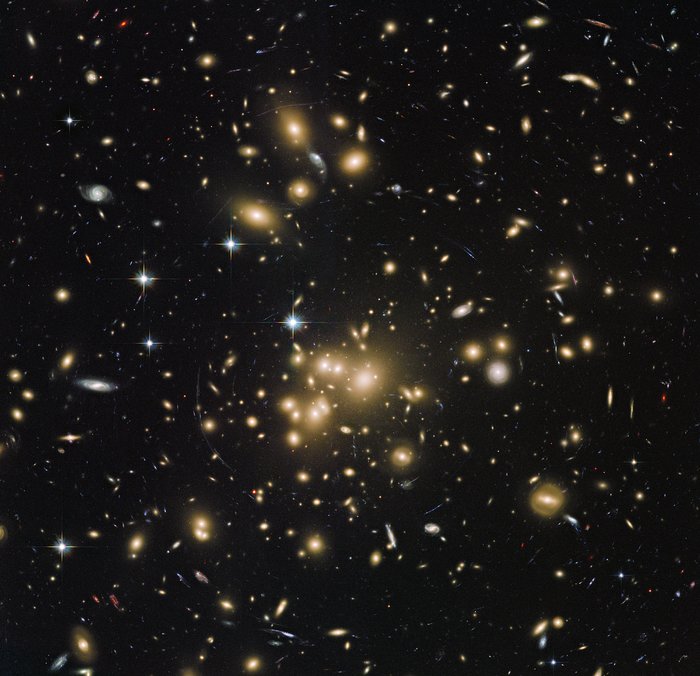 This new Hubble image shows galaxy cluster Abell 1689. It combines both visible and infrared data from Hubble’s Advanced Camera for Surveys (ACS) with a combined exposure time of over 34 hours (image on left over 13 hours, image on right over 20 hours) to reveal this patch of sky in greater and striking detail than in previous observations.

This image is peppered with glowing golden clumps, bright stars, and distant, ethereal spiral galaxies. Material from some of these galaxies is being stripped away, giving the impression that the galaxy is dripping, or bleeding, into the surrounding space. Also visible are a number of electric blue streaks, circling and arcing around the fuzzy galaxies in the centre.