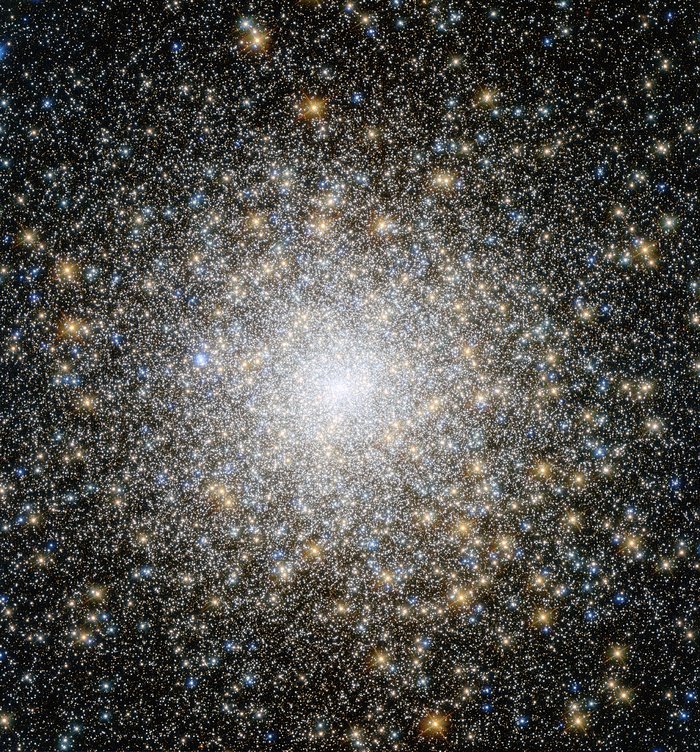 This cluster of stars is known as Messier 15, and is located some 35 000 light-years away in the constellation of Pegasus (The Winged Horse). It is one of the oldest globular clusters known, with an age of around 12 billion years.

Both very hot blue stars and cooler golden stars can be seen swarming together in the image, becoming more concentrated towards the cluster's bright centre. Messier 15 is one of the densest globular clusters known, with most of its mass concentrated at its core. As well as stars, Messier 15 was the first cluster known to host a planetary nebula, and it has been found to have a rare type of black hole at its centre.

This new image is made up of observations from Hubble's Wide Field Camera 3 and Advanced Camera for Surveys in the ultraviolet, infrared, and optical parts of the spectrum.