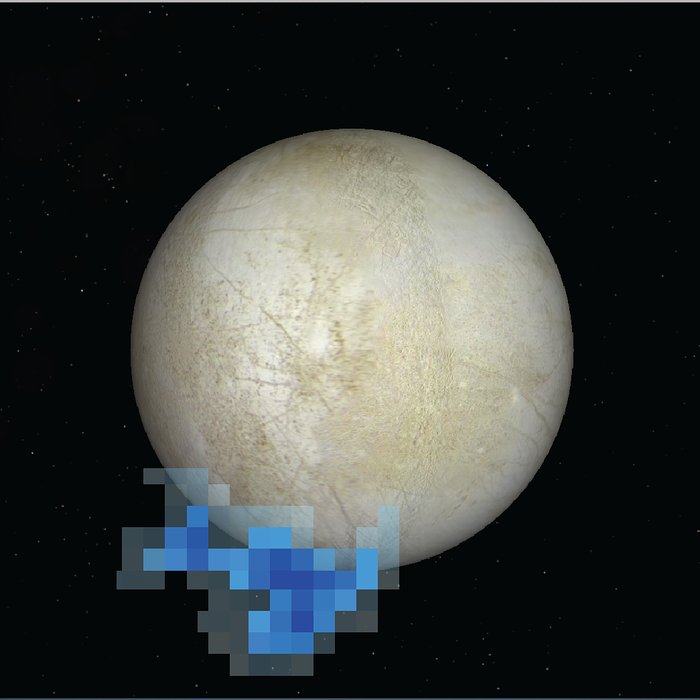 This artist's rendering shows the location of plumes of water vapour detected over Europa's south pole in observations taken by the NASA/ESA Hubble Space Telescope in December 2012.

The appearance of the plumes in this graphic is based on spectroscopic observations of oxygen and hydrogen in the auroral emissions. The aurora is powered by Jupiter’s magnetic field. This is only the second moon in the solar system found ejecting water vapour from its frigid surface.

The surface of Europa is derived from a global surface map generated from combined NASA Voyager and Galileo space probe observations.