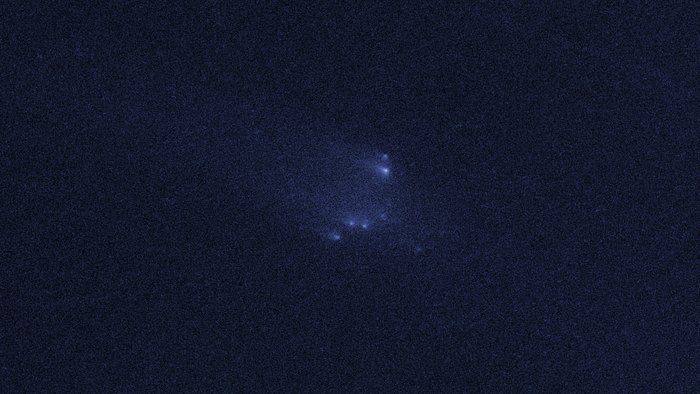 This image shows NASA/ESA Hubble Space Telescope observations of asteroid P/2013 R3. This asteroid has been found to be disintegrating and breaking apart - the first such body ever seen to do this.

This image shows P/2013 R3 as it was seen on 14 January 2014. This frame was not included in the science paper and is additional data.