Visible and Infrared Comparison of NGC 2174 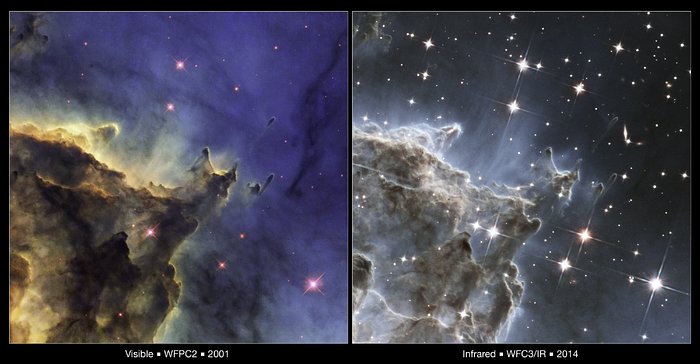 This image compares two views of the same detailed area in the star-forming nebula NGC 2174 from the Hubble Space Telescope. On the left is a visible-light image made by WFPC2 observations taken in 2001 — and released in 2011 — and on the right is an image made by the WFC3 infrared camera. Infrared light penetrates more dust and gas than visible light, allowing details to become visible. A jet of material from a newly forming star is visible in one of the pillars, just above and left of centre in the right-hand image. Several galaxies are seen in the infrared view, much more distant than the columns of dust and gas.