Hubble’s cross-section of the cosmos 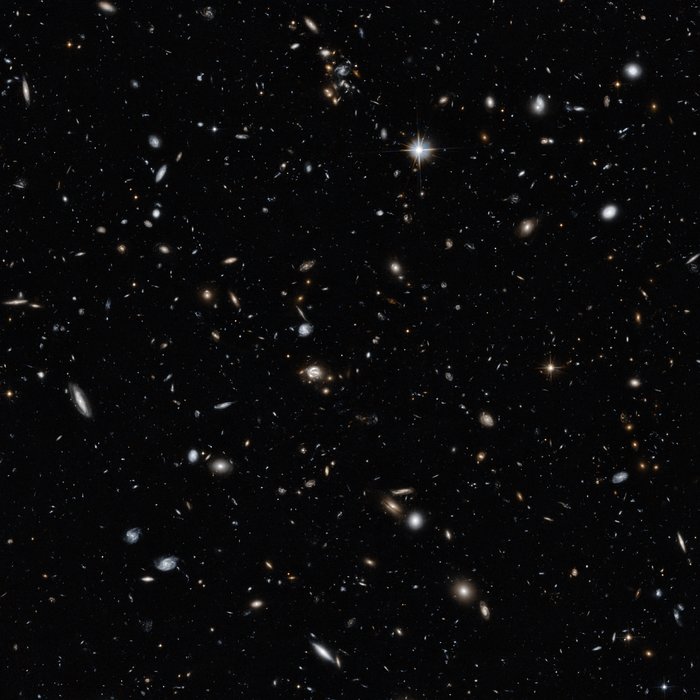 An image of a galaxy cluster taken by the NASA/ESA Hubble Space Telescope gives a remarkable cross-section of the Universe, showing objects at different distances and stages in cosmic history. They range from cosmic near neighbours to objects seen in the early years of the Universe. The 14-hour exposure shows objects around a billion times fainter than can be seen with the naked eye.

Hubble’s images might look flat, but this one shows a remarkable depth of field that lets us see more than halfway to the edge of the observable Universe. Most of the galaxies visible here are members of a huge cluster called CLASS B1608+656, which lies about five billion light-years away. But the field also contains other objects, both significantly closer and far more distant, including quasar QSO-160913+653228 which is so distant its light has taken nine billion years to reach us, two thirds of the time that has elapsed since the Big Bang.