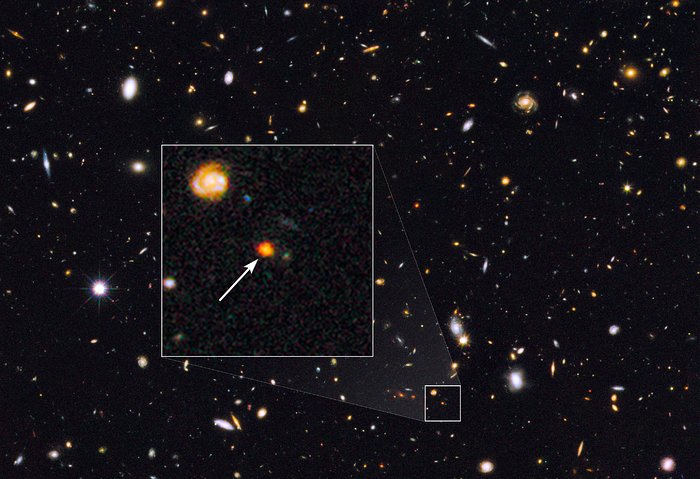 This image shows observations of a newly discovered galaxy core dubbed GOODS-N-774, taken by the NASA/ESA Hubble Space Telescope's Wide Field Camera 3 and Advanced Camera for Surveys. The core is marked by the box inset, overlaid on a section of the Hubble GOODS-N, or GOODS North, field (Great Observatories Origins Deep Survey).

This is the first time that a galaxy has been spotted in this stage of formation — a very early stage where the dense galactic core is still furiously churning out newborn stars. GOODS-N-774 is seen here as it appeared eleven billion years ago, just three billion years after the Big Bang.

After this stage, galaxies like this are thought to build up from the inside out, expanding outwards via mergers with other smaller galaxies to become the giant quiescent elliptical galaxies we see in the nearby Universe.