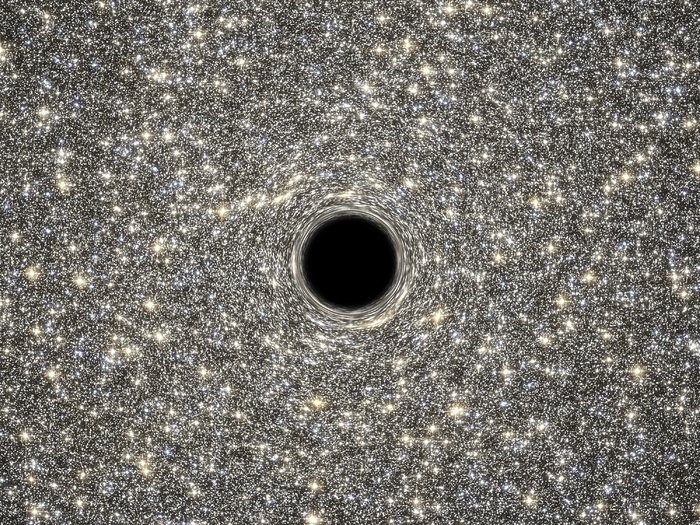 This is an illustration of the supermassive black hole located in the middle of the very dense galaxy M60-UCD1. It weighs as much as 21 million times the mass of our Sun.

Lying about 50 million light-years away, M60-UCD1 is a tiny galaxy with a diameter of 300 light-years — just 1/500th of the diameter of the Milky Way! Despite its size it is pretty crowded, containing some 140 million stars.

Because no light can escape from the black hole, it appears simply in silhouette against the starry background. The black hole’s intense gravitational field warps the light of the background stars to form ring-like images just outside the dark edges of the black hole’s event horizon. Combined observations by the NASA/ESA Hubble Space Telescope and NASA’s Gemini North telescope determined the presence of the black hole inside M60-UCD1.